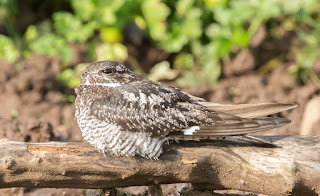 Common Nighthawk: This is Irelands 3rd common nighthawk with around 20 odd records for UK mainland and the first twitchable bird in two decades. 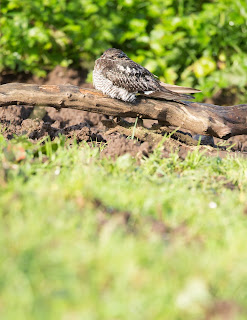 This is the only long staying common nighthawk Ireland has had with the 1st only staying a day and the 2nd staying for two days. So when Southport’s very own Neil Hunt found the birds day roost I was quick to book my flights.

I travelled with Dylan Edwards, a fellow orchid enthusiast and Toby Carter a young birder studying at Bangor Uni, who both came over from North Wales. We set off from Liverpool catching the 08:20 flight to Belfast, then picked up the hire car before travelling the 20minuite journey to the birds location. 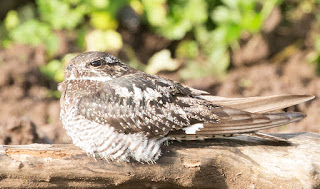 When we arrived the bird was roosting on its usual day roost branch, close to the ground in a very wet and very muddy horse field. The bird remained here for the majority of the morning until some local Irish birders appeared and brought the horses over that followed them from one field to our location in another field that we were standing in. 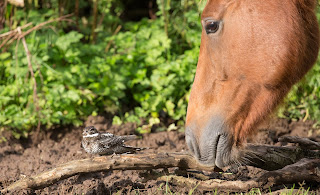 Eventually the horses walked right up to the roosting bird a flushed it. The horses ahd to almost headbut the bird to make it wake up, take notice and move off. 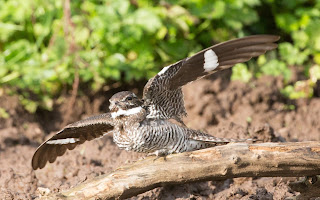 The display was only short as it soon landed in a nearby tree on the opposite side of the river bank. 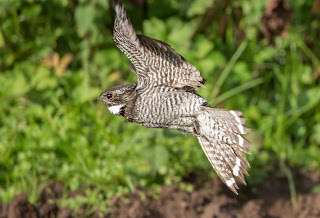 This for me was no bad thing as it gave us an excellent opportunity to see the bird in flight, showing off its prominent wing bands and white spots under the tail which denotes a male bird. 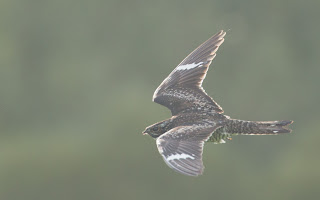 Toby, Dylan and I were in awe as the bird flew off and swooped around a line of trees and out of vierw! 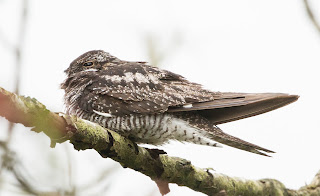 While reading up on this mysterious and cryptically camouflaged birds I read that they were a member of the taxonomic order, Caprimulgiformes which translates to ‘goatsuckers’. These birds were named for the mistaken belief that they suck milk from goats as they were found to roost on the ground in livestock pens. 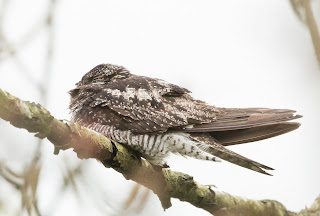 An all round excellent twitch with some great company and a smashing bird.