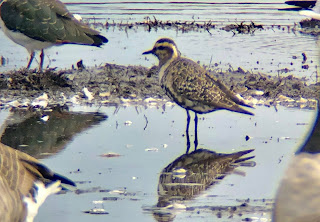 American Golden Plover: The American golden plover annually performs one of the longest migrations of any American bird. This amazing migration sees them fly over the Atlantic and South America as far south as Patagonia, and most return via the Mississippi Valley. And this one instead has ended up near Crosby in Sefton. 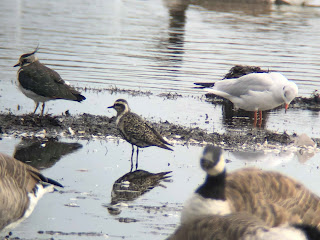 Over the past few years this cracking little reserve has developed a reputation as being one of the best places to watch owls hunting over the flood meadows of the River Alt and is pulling in some decent scarce birds too.
Labels: American Golden Plover
Newer Post Older Post Home