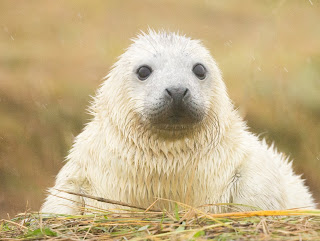 Grey Seal: Donna Nook is one of those places I've always wanted to visit, where each year in late October, November, and December, a colony of gray seals return to their salt marsh home, to give birth to their pups right next to the sand dunes. 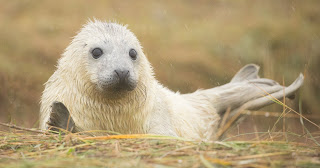 As soon as I got out of the car, and after avoiding the flooded areas of the car park I could hear the haunting sounds of moaning grey seal. 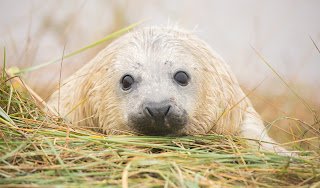 Just over the dunes lies the seal colony, a breath taking expanse of salt marsh littered with dozens of flabby, grunting grey seals. 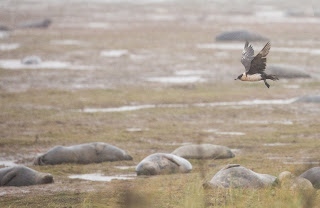 Pomarine Skua: People from all over the United Kingdom flock to the beach’s purpose-built viewing platform to witness this annual wildlife spectacle, but in truth I was there really wanting to see something else, the pom skua. 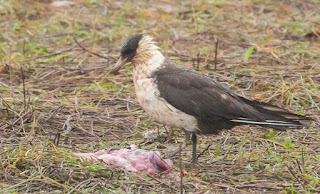 When I arrived the bird had not been seen, and there wasn't many other birders looking, but with a bit of patience the bird came flying in low just behind the wardens beech hut. 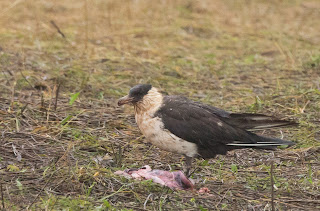 The magnificent male pom suka landed in front of me and started to feed on a seals placenta. The bird showed obvious signs of injury to its leg, probably of f the reasons it stayed in the location for such a long time. 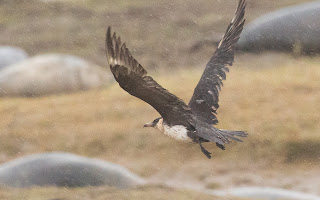 The bird didn't seen bothered by the onlookers and gathering birders who stood a few yards away on the opposite side of the barrier. 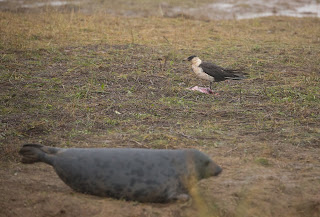 This is a bird I don't see that often and typically when I do its usually on a sea watch and the bird is pretty distant, so to get an adult male up close and personal was a real treat. 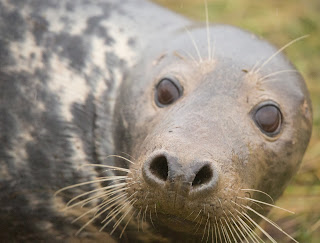 Grey Seal: The seals are great, full of character and personality and the white pups are adorable. 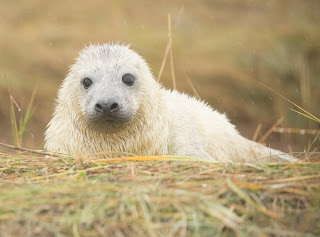 Every year, when the first pup is born, the Donna Nook warden makes an online announcement. An astonishing 2,066 grey seal pups were born at the reserve over approximately three months in 2018.