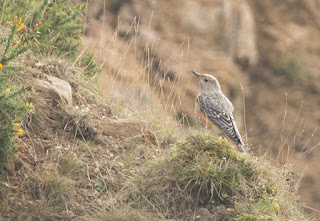 Common Rock Thrush: This bird is known  by many names such as the Rufous-tailed Rock Thrush, European Rock Thrush and the Mountain Thrush, however it should be better known as the not-so-Common Rock thrush as there as only been 28 records across the UK, of which only two have been available to twitch, one for five days on Scilly in 1996 and a two day female at Spurn in 2013. 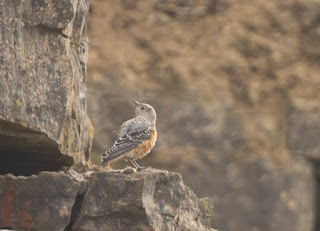 Typically when I arrive the bird moved from about 20 metres away to over 100 metres away, still I was thrilled just have connected with the bird.  The bird spent much of its time flitting over light vegetation in search of food, eventually resting on a perch from which it will hunt. 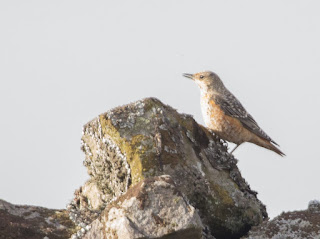 The one this that really stood out when watching the bird was how at home it looked in an old disused Welsh mine. Typically they are found breeding on steep and rocky mountain slopes or higher alpine meadows, they prefer areas over elevations of 1,500 metres with open hills and light vegetation. 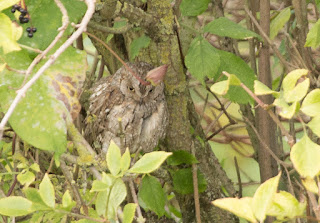 Scops Owl: Last Wednesday while i was sitting in work hammering away on the keys of my laptop writing and Environmental Site Assessments (ESA) my phone pinged.....BirdGuides......Eurasian Scops Owl, Ryhope Durham!!! 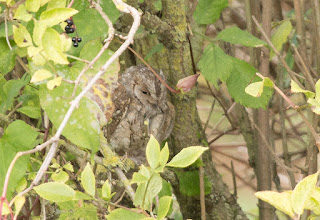 Well, that's was my day in the office ruined, knowing I was stuck at work and was going to miss yet another cracking bird.

The same happened on Thursday , however the bird was reported much later in the day and on Friday there was no sign, no re ports and i feared it had moved on. 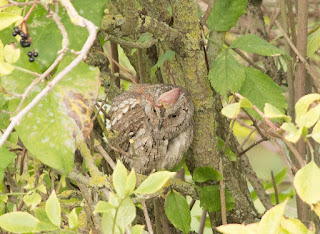 
But this time I was free from work and in no time I had was whizzing my up the motorway towards the East coast. 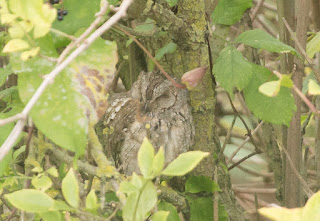 I made really good time and arrived while the bird roosted in the same Elder that it roosted in on Wednesday. 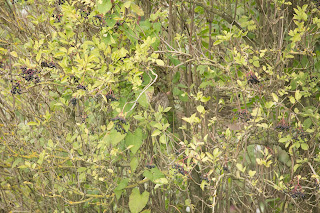 Tricky bird to see, made even more tricky by the tens of birders who were scrambling around to get the best vantage point as there was one leaf right in the way! 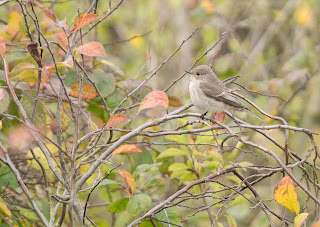 Spotted Flycatcher: A nice distraction from the crowds and the narrowing elbow room, was this SpotFly which was fly catching from the same Elder bush 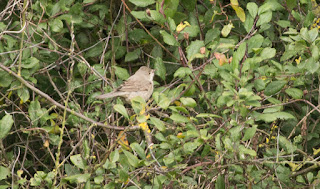 Barred Warbler: There was also a Barred Warbler that came out of it's dense cover and showed itself for a few seconds before melting back in to the shrubs.
Labels: Barred Warbler, Scops owl, Spotted Flycatcher
Newer Posts Older Posts Home
Subscribe to: Posts (Atom)