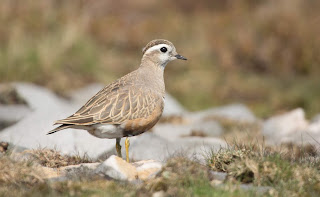 Dotterel: There is no better way to see these magnificent bird then in the Spring sunshine, despite the strenuous and leg-aching climb to the summit it was well worth it. 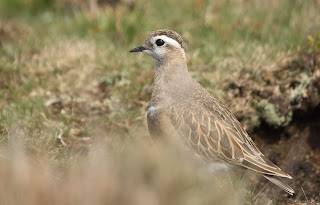 The atmospheric brooding bulk of Pendle Hill dominates the skyline with its table ridge like appearance and affords some stunning views across the East Lancashire landscape. 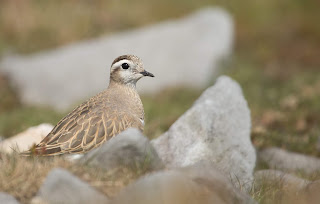 Pendle Hill is famous in the birding world for being a very important spring passage site for dotterel with the best times to see them up on hill during the last week in April and first ten days of May. Pendal Hill affords them their preferred habitats with short grass, rocky outcrops and stony patches. The local sheep do their job in mowing the plateau lawns and keeping the grasses short. 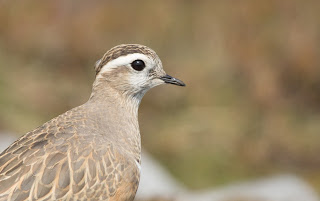 Some birds are a joy to spend time with and a real reward for wildlife photography and these waders have to come top of the list. Dotterel can be very tame and with patience they will often approach you allowing excellent photographic opportunities. 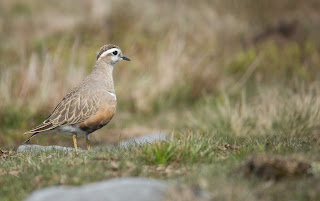 This bird was no exception and was happily foraging a few feet away. 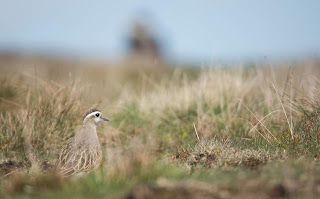 See Dawn sitting on the brow of the hill, waving me on to hurry up as she was getting cold and wasn't looking forward to the climb back down the steep slops of the hill. 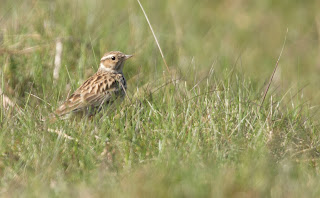 Wood Lark: I will no longer need to hang my head in shame, for wood lark is now on my list!! A fairly common bird I know, but for some reason I just haven't seen one in the UK before. 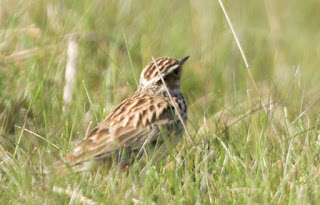 Perhaps its because wood larks are found mainly in eastern and southern England or maybe its because they are heathland specialists, and up in Wigan we have very little of that around.
More likely its because I'm pretty lazy and knew I would connect with one eventually. 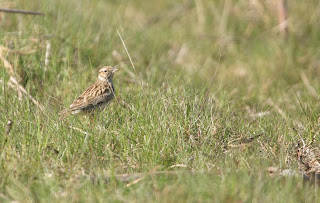 I spent the day with Mark Payne and Stoke-on-Trents very own Phil Locker who was our guide for the day and give me an introduction to the Chase. Top bloke, top gen, top day, cheers Phil.

Almost as soon as we arrived up on the heath we could hear the tell tale call of the wood lark before spotting a bird flight past us with its distinctive broad wings and short tail. 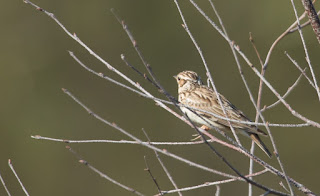 We could see presumably the male, perched on upon a tree singing. We could see its short crest, rusty cheeks and prominent supercilium, the two sides meeting in a shallow ‘v’ on the back of the neck.

The bird put on a good show displaying and singing above us. 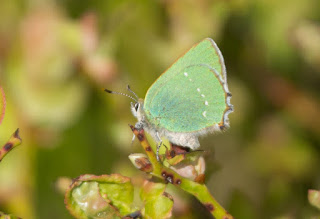 Green Hairstreak: We moved off to another part of he Chase and stumbled across the very small but very beautiful green hairstreak. We had several butterflies including orange tip, peacock, comma, small white, brimstone, small tortoise shell and speckled wood. 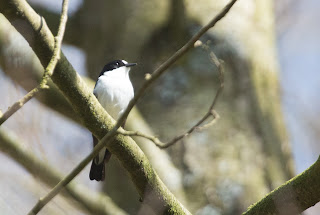 Pied Flycatcher: Cannock Chase is huge, absolutely massive about 2684ha right in the middle of the county and is an outstanding area of heathland with nationally important populations of nightjar and woodlark. The surrounding plantation conifers have crossbill and the oakwoods are good for wood warbler, redstart and pied flycatcher. 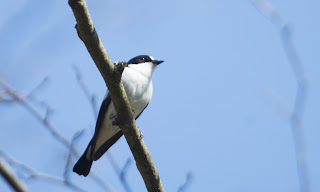 We checked out the areas that are best known for spring arrivals and we weren't disappointed. Picking up both male and female pied flys and a stunning male redstart. 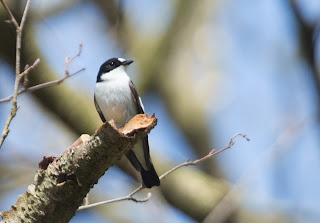 Fresh from its migration, this male pied fly was a belter. 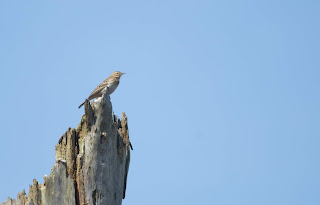 Tree Pipit: These pipits are rather plain birds, streaked brown above and pale below, with streaking on its chest and flanks. They are very similar to meadow pipits but may be distinguished by their heavier bill and finer streaking on the flank - they also have very different calls. 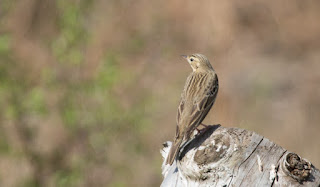 We got lucky again as we watched this male singing away at the top of a dead pine before parachuting down on to a nearby stump giving us great view.

We ended the day at the local put with a celebratory drink and a smile on my face. 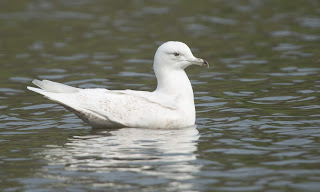 Iceland Gull:  Nice start to the extra, extra long bank holiday weekend as I had today off and made plans with Gary to head out early and pick up some recently arrived migrants. 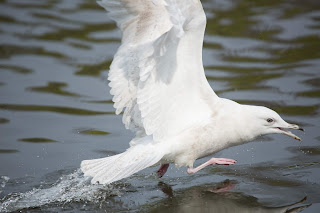 First stop was Bickershaw Rucks, a local reserve and a place I know is petty good for grasshopper warblers.  It didn't take long before we heard the distinct reeling call emanating from the rough grass. 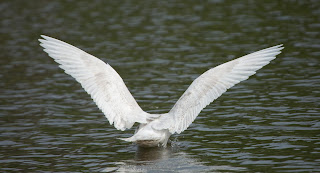 We then moved on to the Wirral and straight to Leasowe Lighthouse which was in full migration  mode. Dozens of blackcap, willow warbler and chifchaffs were singing from every tree and bush. 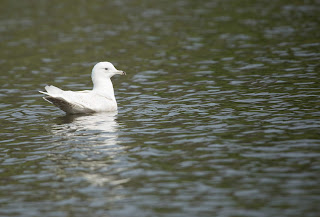 But the highlight for sure were these mountain equivalent of the closely related blackbird.


We had two in the fields behind the Wirral way before they vanished and were gone for good. Gary and I stayed in the are and were suddenly surrounded by whaetear with the estimated daily figure topping 60 birds. 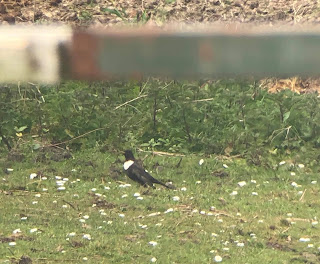 Ring Ouzel: We eventually moved on and saw the pied fly that was hanging around the end of Lingham Lane, it was only a brief view but we were happy.

We were happier still when we relocated the ring ouzel foraging in a horse paddock along Lingham Lane, two birds were joined by another and then a fourth. 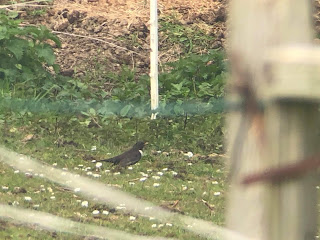 Other birds to note were two white wagtail in the horse paddocks behind the Wirral Way, a reeling Grasshopper Warbler in the reeds and this smart looking whinchat knocking about the wheatears. 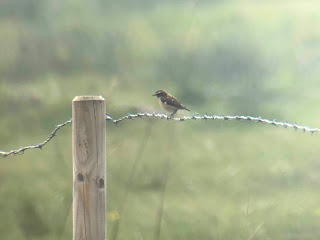 Whinchat: On the way home I decided to take a detour to Sefton Park, were we connected with the long staying Iceland gull. The bird was happily chasing away the ducks, steeling the food that families have come to the lake to feed the birds with. I wasn't complaining as these free handouts encouraged the bird to come in closer.

Decent day all round and a good start the the extra long bank holiday weekend.