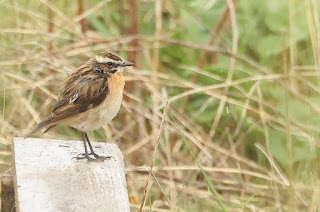 Whinchat: I've been looking all over the place and been dipping whinchat locally for weeks, from Leasowe, Garston Coastal Nature Reserve to Cut Lane Lancs. 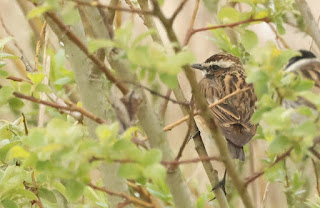 With a few reports coming out of Cutacre I decided to brave the wet bank holiday weather and try my luck.
I soon bumped into local birder and legend of Cutacre Phil Rhodes who pointed me in the direction of a whinchat. 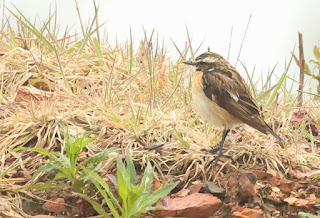 Hot on its heels I picked it up fluttering around a scrubby patch to the north of the site. The bird appeared to be associating with seven wheatear which were in the area.
Finally my luck changed. 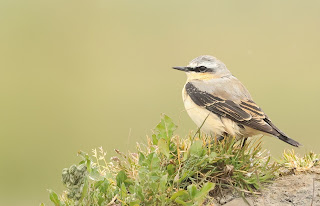 Wheatear: The weather continued to be bad, with heavier more persistent rain moving in, so after getting my whinchat fill I moved on back to the car. 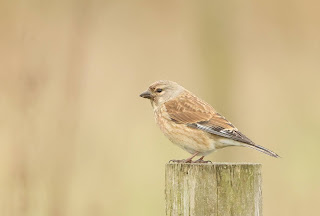 Linnet: On the way back the wheatear and whinchat seemed to pop up as if they were following me, spritely scurrying across the pathways and perching upon the reeds I managed to get pretty close to the wheatear while the whinchat kept its distance. 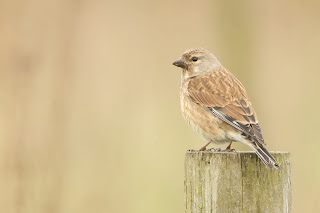 A Pair of linnet was also showing pretty well close to the horse paddocks feeding on the teasel and smaller herbs on the ground.
There was also a singing lesser whitethroat halfway down Engine Lane, which showed at time but typically now very well. 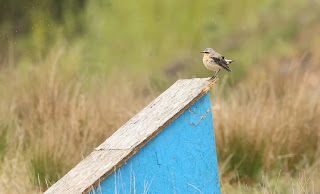 Wheatear: Definitely worth braving the rain and wind and getting wet, very wet actually! With some nice birds.
Thanks again Phil for the gen.
Labels: Linnet, Wheatear, Whinchat
Newer Post Older Post Home