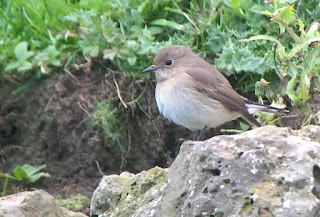 Taiga Flycatcher: Formerly considered a subspecies of the red-breasted flycatcher, very similar in appearance. There are a few subtle differences one being its bill, Taiga's have an almost completely dark bill. In comparison, the bill colour of a red-breasted fly is variable and can range from completely dark (like Taiga) to partly pale. 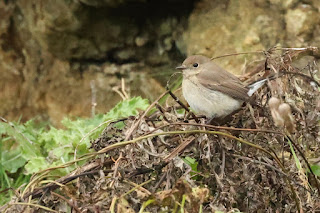 With this in mind there are some doubts surrounding the species of this bird in some quarters. But DNA from the bird along with sonogram recording of its call have all been taken so hopefully there will be a definitive answer given soon to put all the naysayers to bed! 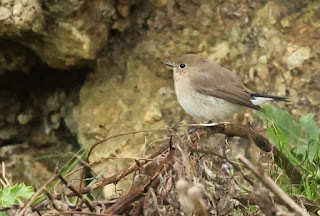 The bird originates from eastern Europe, Russia and Siberia and winters in south east Asia and China.
This individual had settled in a old quarry along the prom in South Shields, favoring the steep rocky cliff and dense scrub areas at the foot of the cliff. 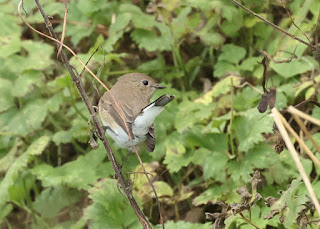 Luckily I was scheduled to work on a site that was located 30 minutes away from here. Nice when these planets align and these golden opportunities come up. 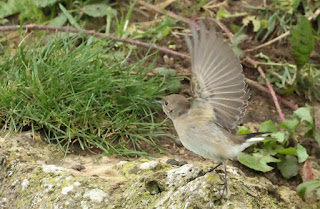 After work I went down to South Gare to see the short-toed lark, a tricky little blighter it was pretty distant and hard to pick up amongst the stocky, shingle bank.
Newer Post Older Post Home