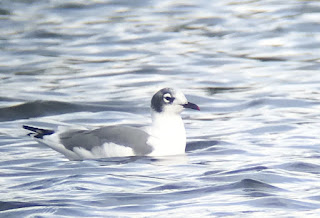 Franklin's Gull: I was sitting in Nando's with Dawn, the baby and a very nice veggie bean burger when I saw the Franklin's gull  ping up on my phone. After it was found yesterday in Bradford it had now been relocated up at Redcar Tarn. 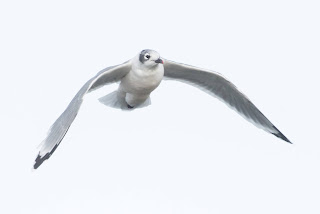 So that was it, after quickly scoffing our lunch and then cleaning up after the baby we shot off towards the M65 with hopes of seeing the bird.

It was showing well in a hseep field at the back of the Tarn before it flew on to the water itself. 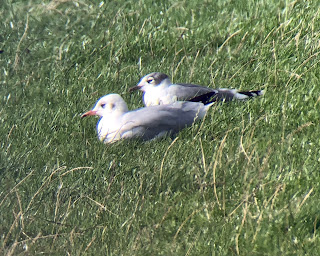 Franklin's gulls are not frequent visitors to the UK they are a long-distance migrants that spend their summer on the northern Great Plains and central Canada, and winter primarily in the Southern Hemisphere along the western South America coast.

So to see one so close to home is pretty special indeed. 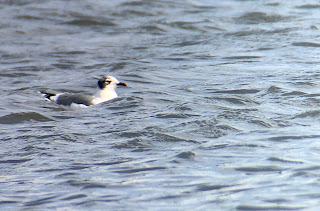 The bird gets its name from the Arctic explorer Sir John Franklin and was originally named Franklin's Rosy Gull for its rosy-colored breast and belly. 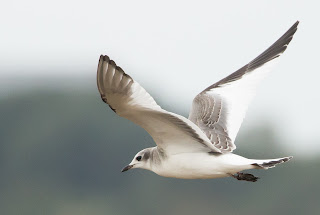 Sabine's Gull:  It's been a really good week for gulls picking up this smart juvenile Sabs gull only half an hour down the road at Hale Lighthouse ad now this franklin's gull an hour or so up the road. 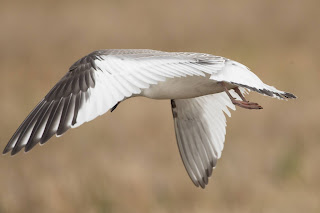 I couldn't resist a second visit to Hale Lighthouse yesterday afternoon having a bit more time and investing it in the bird I was able to get some better shots of the bird. 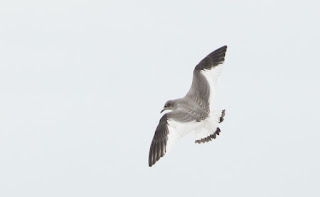 The bird was still feeding in the slurry rich stubble field and seemed to spend less time on the Mersey itself.

A good couple of days birding. I love a good gull.