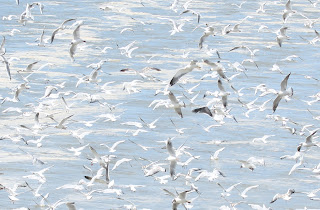 Gulls: Another day off and another day of twitching and this time I filled up the tank and headed off to Lancashire.

I was hoping for the Bonaparte's Gull at the power station. Not being here before I was surprised how many gulls were hanging around the outflows. 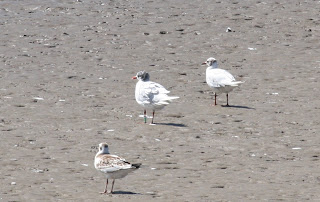 Mediterranean Gull: Although It was incredibly difficult to find the tiny Bony's Gull among hundreds of Black Headed and Herring Gulls it was not difficult to find Med Gulls. One thing  that was striking was the amount of Med Gulls which where here. 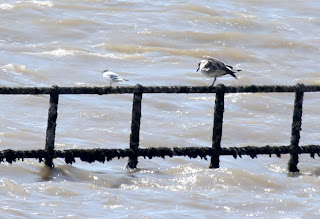 Bonaparte's Gull: After a few hours of scanning through the flocks of gulls both on the shore and feeding in the water, myself and a couple of other birders pin pointed the Bony's Gull.

I was hoping it would come closer however it didn't as this is the result of taking a picture of a tiny gull which is too far away, still great to see.
Labels: Bonaparte's Gull, Mediterranean Gull
Newer Post Older Post Home