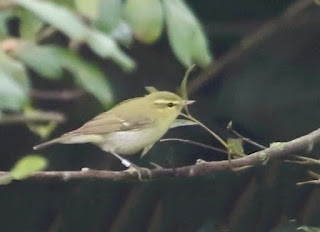 Green Warbler: This year just keeps on giving!
Another bird makes it onto my list taking me another step closer to 400. And with shetland booked in October I might just get there this year.
Fingers crossed! 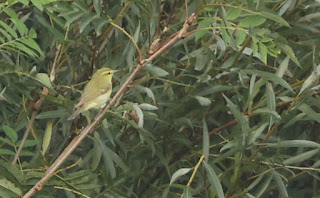 This was the first twitchable mainland green warbler, so to say that there was a lot of folk who were keen to see it would be an understatement. Green warbler records are typically confined to the western Isles of Scotland,  the Scilly Isles and Lundy Island. 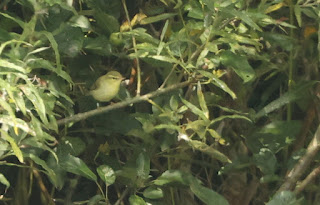 According to grapevine they day it was found there was a mass of birders who descended on the bird many of which never saw it, due to the confined viewing area and big crowd. 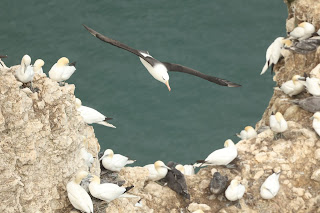 Black-browed Albatross: Once I arrived the bird had found a more reliable foraging area in a more open part of the thicket. This are was much better as it allowed more people to view it from a respectable distance to the bird. 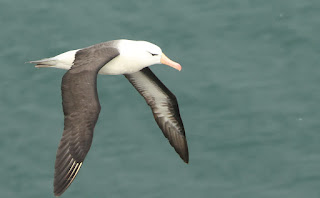 The warbler gie me the run around for about an hour with only brief glimpses as it foraged in the dense vegetation and through the willows.
Eventually it gave itself up, to the relief of the torrent of newcomers who were swelling crowd. 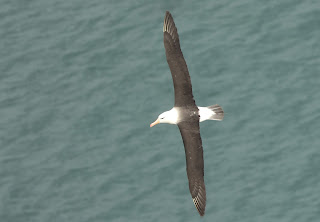 The bird was favouring a small crab apple tree at the base of the willows so if you were patient enough the bird would show on and off here.
A few pied flies and a handful of willow warblers were giving some folk false hope as I could here 'there it is' only to be mistaken by a willow warbler or a flycatching pied. 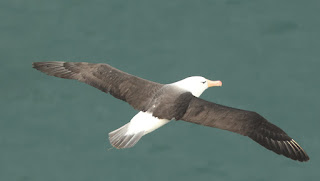 Green warbler spends its summers in Turkey and Iran and moved across to Indian subcontinent for Winter so it's a long, long way from home.
But most welcomed on to my list! 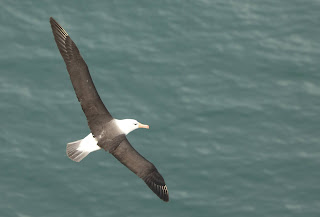 I have also been hoping to go back to Bempton for another round with their resident albatross, and i wasn't disappointed.
The black-browed albatross has been present on and off, but more regularly reliable since the end of June. 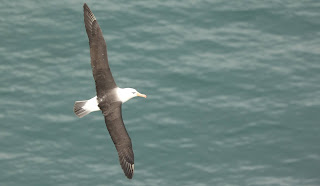 It has been hanging off the gannet laidend cliffs and feeding out at sea before returning to roost amongst its noisy neighbours. 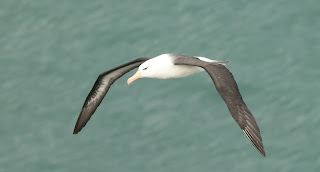 Despite a torrent of photos on social media and constant updates regarding its whereabouts I'm still blown away this sensational bird.
With its striking brow and huge black wings its brilliant to watch as it glides around the white cliffs. 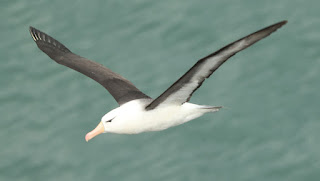 The albatross put on a brilliant performance coming close to the cliffs and circling below the small group of birders who had broken away from the green warbler. 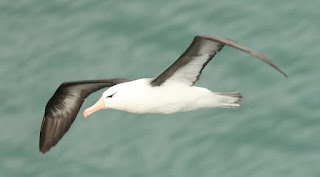 It was notable that many of the sea birds had now moved on post breeding, even the gannet numbers were reduced, both on the cliffs and on the sea. 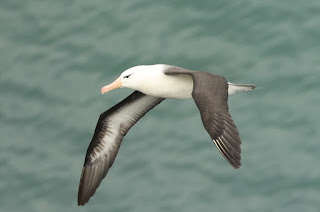 Thanks to Mark Thomas who caught and rung the it, not only did he find the bird  he als kind enough to release news, arrange access and keep the land onwe happy with a donation bucket.
Top lad. 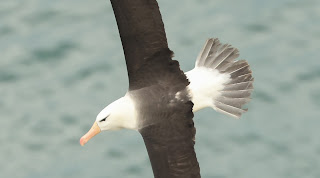 Magnificent day with two mega awesome birds and some top quality company, too many folk to mention but nice to catch up with so many familiar faces.
Labels: Black-browed Albatross, Green Warbler
Older Post Home