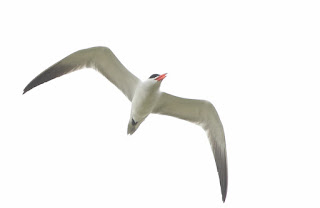 Caspian Tern: I love my job, I get to spend much of my time out in the field surveying and often it takes out to parts of the country that at times are host to scarce and rare birds.  Giving me an opportunity to go and see them.

So, after working within an hour of Frampton I nipped down to see the Caspo. 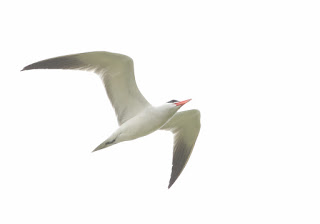 When I arrived the bird had just flown off 'typical' but after a relatively short wait entertaining myself with views of a summer plumage curlew sand the tern appeared. 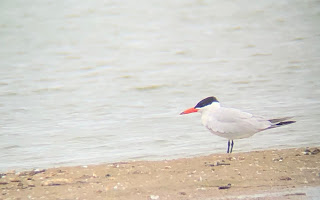 Caspian terns are famous for their huge carrot like bill, they have a large bill that is mostly bright red in adults, becoming dark near the tip, with the extreme tip  yellowish (only apparent at close range). 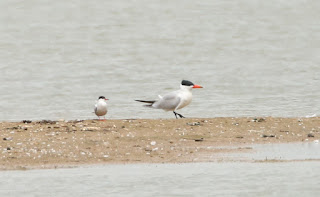 These birds are proper massive a real beast, especially next to a common tern. They are the largest of all species of terns with its 1 metre wingspan, it is similar in size to a black-backed gull. 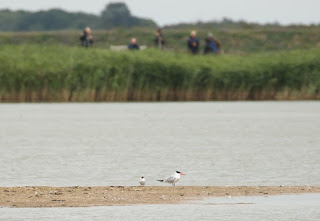 This was my second UK Caspian tern and showed rather well, definitely worth the post-work detour.
Labels: Caspian Tern
Older Post Home