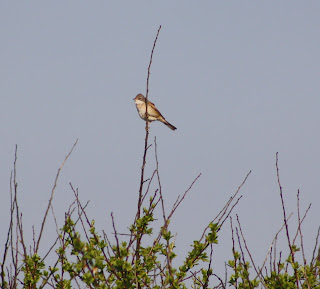 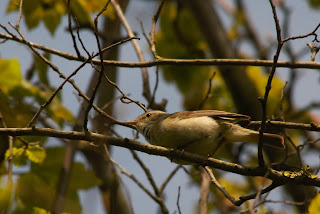 Whitethroat: Has the weather finally changed? The sun was shining and the temperature was up, blue skies and migrants galore! Fantastic.

At Inner Marsh Farm there was dozens of Whitethroats, the best views where down from the walkway near the bridge looking towards Burton Wetlands Centre. Here I was also treated to excellent views of singing Blackcaps, Willow Warbler and Chiffchaff.


Chiffchaff: A small flock of Linnet flew in to the farm fields and there were reports of Wheatear on the stone walls, although I didn’t see them.

Paul from the RSPB pointed out Lesser Whitethroat which was great and was singing and showing well. 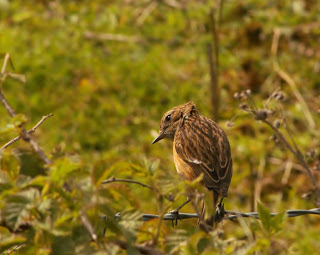 Stonechat:  Down at Burton Marshes I was hoping for Whinchat but didn’t have long until the bus came some only got some snaps of the female Stonechat the male was around briefly and there was at least two reeling Grasshopper Warblers a first for the year. 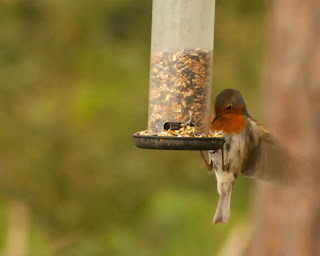 Robin: So I started pretty late about 11ish and straight away got a Temminck's Stint outside the reception hide, the place was as usual chocca birders from wall to wall, I spent some time at the feeders hoping I would be lucky enough for a Red Poll fly by, but no luck. 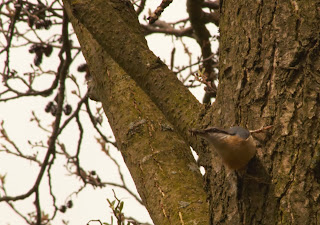 Nuthatch: Nuthatch where everywhere along with Greater Spotted Woodpecker, one even gave me some great views at the feeders.

I also spotted a female and male Blackcap at the far end of the ponds.