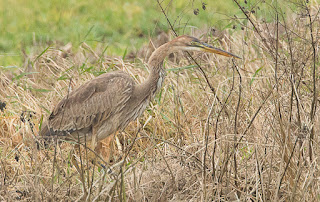 Purple Heron: This was my 2nd purple heron of which both have been in the North West, the first being at Leighton Moss back in 2017.

This bird has been very unusual in its behavior as since its discovery on the 4th of December, after being identified via photos, the bird remained very loyal to a small, narrow drainage ditch. 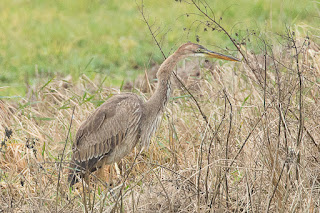 It stayed here for about two weeks until it decided to take a 15 mile trip to Southport's RSPB Marshside Nature Reserve.

It was only observed here for a single day on the 17th of December before returning to its favorite ditch on England Hill, assuming it was the same bird, which is highly likely. 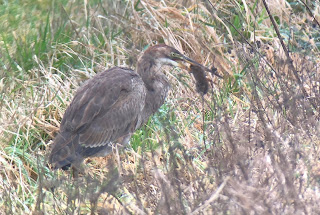 When I finally got around to see it the bird spent much of its time behind vegetation within the dark, narrow ditch. It eventually flapped up the bank and started to forage for voles. 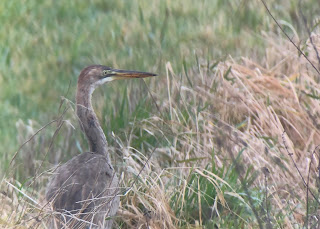 It was remarkable to witness as the bird used it keen eyes and stealth to sneak up on its prey and caught several bank voles with such ease.